Both Singapore and Japan are in the Asian region, their cultures are so different in many ways that even the customs for the same traditional festival originated from Chinese legend are different sometimes.

We, Club Marriage, hold “Singaporeめぐり会” on every 4th Wednesday in Singapore.

The theme of this month is “七夕”. “七夕” is a Star Festival that is common in the Asian region.

So let us introduce you a unique Japanese custom of 七夕.

1.In Japan, the date is fixed on July 7th

2.The origin of 七夕 is common

The origin of 七夕 is the legend of “Orihime and Hikoboshi” which is well known everywhere.

Orihime, the daughter of the lord of the heaven, and Hikoboshi become very lazy as soon as they get married. The lord who sees it gets angry and pulls two people apart across the Milky Way. Orihime and Hikoboshi get lamented and get even lazier. So the lord let them meet only on July 7th over the Milky Way if they work hard again.

Today, speaking of 七夕 in Japan, it is a day to write a wish on a strip and decorate it with bamboo leaves. Japanese people tend to think that this is done in all over the world, but Singaporeans may be surprised to hear this now.So where did this Japanese custom come from?

3-1. The meaning of bamboo grass for Japanese people

In China, it had been a day to pray for Orihime to make sewing to be successful, which was called, “Kikoden”. This custom was introduced to Japan during Nara period. However, it was during Edo period when the Shogunate designated 七夕 as one of the five national festivals that 七夕 was spread among the Japanese common people. During the Edo period, among the common people, there was a custom of writing Waka on the leaves of the oak tree in the hope of improving Waka skill. Waka is a traditional Japanese poem of thirty-one syllables. It is said that this custom changed with the times, and that the leaves of the oak tree have been replaced by strips, and that the strips have been decorated on bamboo grass.

So why were bamboo grasses chosen?

This is related to Japanese “Shinto”. As the Japanese word “eight million gods” means, since ancient times, Japanese people have found God in various things.For ancient Japanese people, the appearance of a bamboo tree’s extending strongly toward the sky looked divine and the way of its never losing to the rain winds or the winter cold made them think the God resides in it.  For this reason, bamboo grasses used to be used in various Shinto rituals.And they have come to be used to decorate wishes.

For many Singaporeans,七夕 is the Valentine’s Day, which never fails to startle Japanese people! Actually in China, the custom of Kikoden was got lost long time ago. Later, the Western culture of Valentine’s Day was introduced to China, so it’s said that Kikoden has changed to it.

Japanese custom of 七夕 shows the character of Japanese people. They interpret the different culture in their way, change it into a brand-new and unique culture, and cherish it. They naturally try to preserve their tradition even if it is based on other culture.

In the “4th Singaporeめぐり会” , which will be held from 19:00 on July 24th at LEWIN TERRACE, we will hold a mini-event based on this Japanese 七夕custom. If you are interested in Japanese culture or would like to interact with Japanese people, please join us. The mini-event and sake, green tea and sweets imported from Japan will surely make you experience Japanese summer. 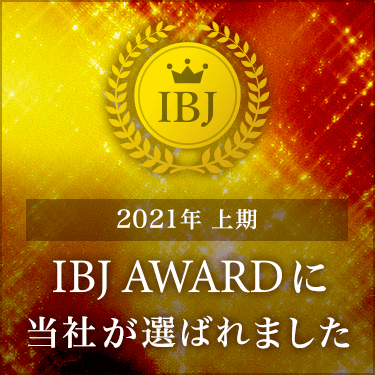